Welcome to the Pan lab! 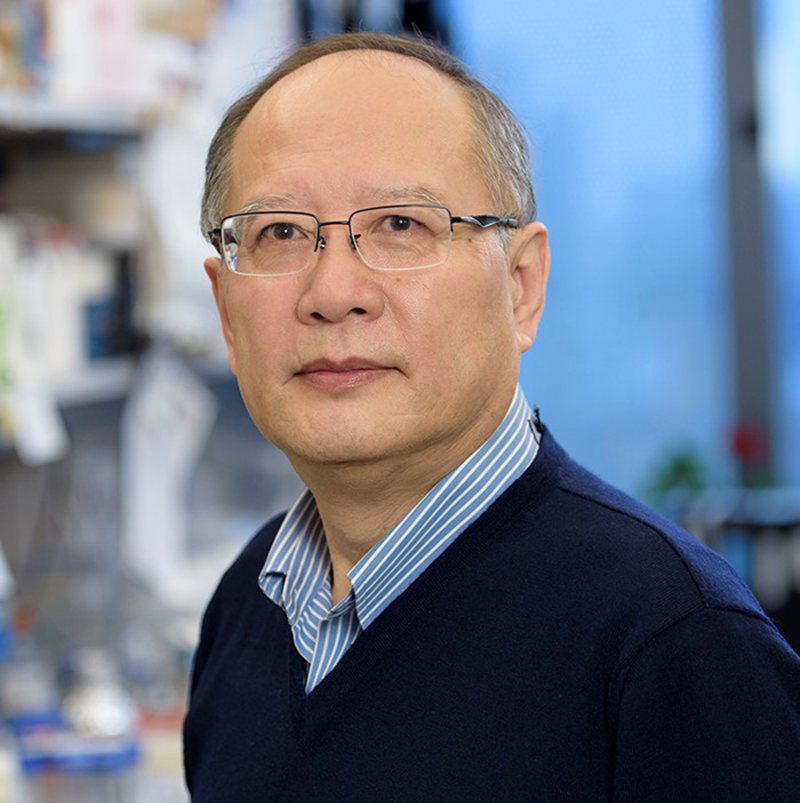 My laboratory studies the molecular and cellular mechanisms of opioid actions using integrative state-of-the-art molecular, biochemical, pharmacological and behavioral approaches. These studies provide the foundation for developing novel opioid analgesics that have potent analgesic actions devoid of side effects.

Most clinically used opioid drugs including morphine and fentanyl, as well as drugs of abuse such as heroin, act through mu opioid receptors. One of our major findings in the past years is that the single-copy gene encoding mu opioid receptors, OPRM1, undergoes extensive alternative pre-mRNA splicing, generating multiple receptor isoforms or variants that are conserved from rodent to human. These OPRM1 isoforms or variants can be categorized into three structurally distinct types (see figure): 1) full-length seven transmembrane (TM) carboxyl (C)-terminal variants, 2) truncated 6TM variants excluding the first TM, and 3) truncated single TM variants that contain only the first TM. The results from our group and others indicated that these OPRM1 splice variants play important roles in mediating the complex actions of various mu opioids.

The functional significance of the full-length 7TM C-terminal variants has been demonstrated by differences in regional- and/or cell-specific expression, mu opioid-induce G protein coupling, phosphorylation, internalization, and post-endocytic sorting, as well as in vivo mu opioid activities in animal models. The truncated single TM variants do not bind any opioids. Rather, they function as molecular chaperons that facilitate expression of the 7TM receptor and enhance morphine analgesia.

More importantly, we established the functional relevance of the truncated 6TM variants in mediating the actions of a novel class of opioid, such as 3-iodobenzoyl-6beta-naltrexamide (IBNtxA). IBNtxA is potent against thermal, inflammatory, and neuropathic pain in animal models and does not produce respiratory depression, physical dependence, or reward behavior. 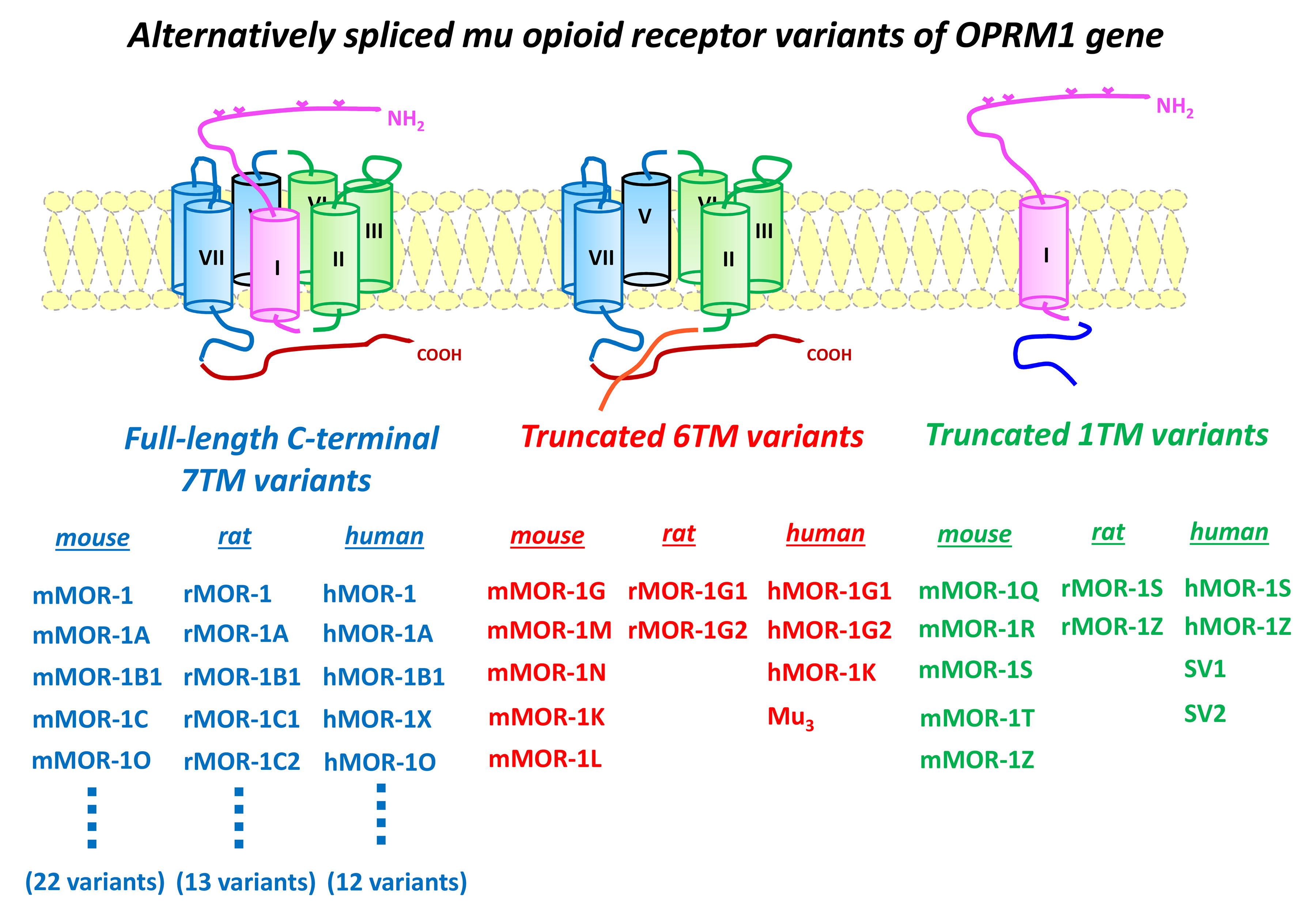