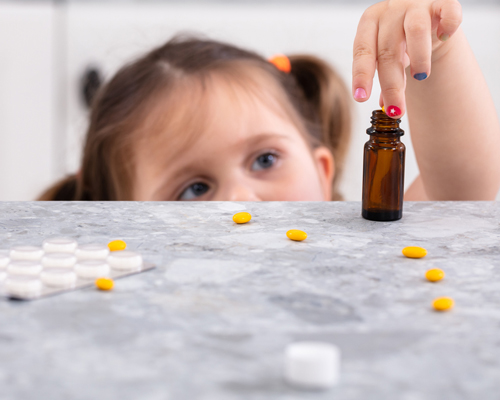 In May of this year, the NJ Poison Center, also known as the New Jersey Poison Information and Education System (NJPIES), put out a sobering press release: “Preteen Suicide Attempts Increasing, Especially in Young Females.” The alert reported that in the previous 18 months, the poison center had been contacted about drug-induced suicide attempts in 100 New Jersey preteens, which likely represents only part of the larger picture. This startling number mirrors statistics that suggest preteen suicide is increasing nationwide.

NJPIES provides an essential lifeline in such cases. As the only poison control center in New Jersey, the center operates 24/7 out of Rutgers New Jersey Medical School department of emergency medicine, handling approximately 50,000 cases a year. It’s free to call (1-800-222-1222), but the service is entirely professional. Those who answer the phones are medical personnel — nurses, pharmacists, and physicians — and full-time employees of the grant-funded center. Medical toxicologists are on call to consult on particularly complex cases.

“I’m proud that our expert advice is real-time and free. You don’t get bounced around in a complicated phone tree. And, we’re able to prevent lengthy hold times, too,” says Diane Calello, the center’s executive and medical director. “They’re ready to give you advice, there’s no charge, no copay. There’s not a lot of places where you can get medical advice without some kind of cost or hurdle.”

About half of all calls to the center involve young children ingesting things they shouldn’t, such as pain medications or cleaning solutions. Other common reasons people call the hotline are exposure to poisonous plants such as mushrooms, venomation from spider and snake bites, and suicide attempts.

“No two days are the same,” says Bruce Ruck, the center’s managing director and director of drug info and professional education. “Every time the phone rings here, it’s a unique case.”

Whether alerting parents to increased incidents of adolescent suicide, lead contamination in water, or the latest hazardous social media “challenge,” the center offers free, assessible, and broad-spectrum support as a valuable resource for all New Jerseyans.

100 New Jersey preteens have attempted suicide by poisoning since 2018