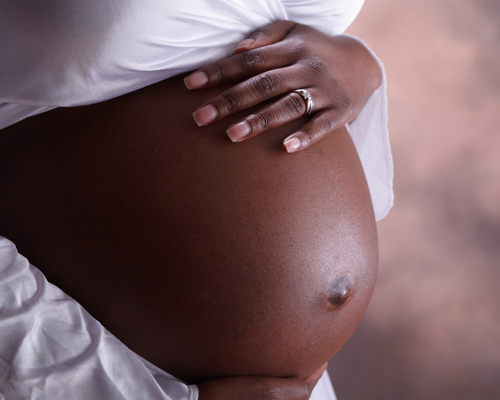 The statistics are starkly black and white: 700 to 1,200 mothers in America die before they can love and raise their babies. The death rate for new African-American mothers is three to four times that of their white peers.

That’s an astounding disparity, considering educational and economic circumstances do not alter the numbers.

As OB-GYN physicians and African-American women, we are keenly aware of the role that health-care system bias plays in the care and treatment of minority mothers. Every day, we hear how these mothers don’t feel listened to or how their pain is dismissed by the doctors treating them. We can begin to address this by requiring maternal health providers to undergo unconscious-bias training.

A new bill passed by the New Jersey Legislature to create a maternal mortality review committee is a big step in the state’s effort to address drastic disparities in death rates between African-American and white mothers. The long-awaited law, along with the advancement of a package of maternal health bills in the Legislature, comes at an opportune time: The Black Mamas Matter Alliance’s second annual national Black Maternal Health Week is April 11 to April 17, which amplifies the voices of black mamas and their call for birth justice. These maternal health bills evaluate the state’s initiatives in this area, require the commissioner of health to establish a maternity-care public awareness campaign and expand the state Medicaid program to include coverage of group prenatal-care services in some circumstances.

At the Rutgers New Jersey Medical School (NJMS), where we practice and teach, over 100 women since 2011 have participated in group prenatal care facilitated by Dr. Damali Campbell and Gladys Martinez, the clinic’s social worker. Using the CenteringPregnancy model, developed by the Centering Health Care Institute, mothers-to-be attend two-hour physician-officiated group meetings during their last two trimesters. There they undergo routine tests and exams and participate in doctor-led discussions on topics ranging from nutrition to common pregnancy discomforts.

To address high rates of diabetes, hypertension and obesity that lead to poor outcomes in minority populations, Dr. Lisa Gittens Williams encourages women with complicated pregnancies to attend the Lifestyle Centering Program where patients are empowered to make lifestyle changes that can improve pregnancy outcome. Unlike traditional one-on-one protocols, there is no waiting time to see the doctor, patients actually get more time to interact and bond with their physicians. Based on our experience, women in the program emerge more confident, more satisfied with their care and more prepared for motherhood.

The school’s CenteringPregnancy program has changed the way we, as doctors, interact with patients and has allowed us to provide more personalized treatment at the same cost as the traditional model. Thanks to this program, Dr. Damali Campbell discovered one of her mothers-to-be was experiencing a very stressful situation that was negatively affecting her health. The woman’s own mother had just delivered a baby and had just found out she had cancer. The young woman was tasked with taking care not only for herself and her unborn baby but also her 8-month-old brother and 10-year-old sister.

It’s unlikely that this information would have come up during a traditional, routine prenatal exam. Dr. Campbell was able to give her very specific information about stem cell collection, a potential treatment for her ill mother, and also put the daughter’s mind at ease about her own upcoming birth.

Given the success of the NJMS CenteringPregnancy program, it was dismaying to see that bill A5021 passed by the Assembly calls for group prenatal-care reimbursement rates to be lower than that for one-on-one prenatal care. We hope that the Senate’s companion bill, S3405, rectifies this.

Ultimately, we want more care providers to offer these new models of care, but innovative pre-natal care is just the beginning.  At NJMS, we empower our patients and the care-provider team to advocate for all pregnant women through the Stop. Look. Listen! campaign developed by the Tara Hansen Foundation. It seems a simplistic solution, but when physicians stop, look and listen to what their patients are saying, it literally can mean the difference between life and death.
Early in her career while working in the emergency room of a suburban hospital, Dr. Gittens-Williams learned the value of this method.

The patient, a young pregnant woman who had been dancing at a black-tie event, said she felt dizzy and almost fainted. In a phone consultation, the woman’s private physician assured Dr. Gittens-Williams that nothing was wrong because her recent ultrasound results were clear. He urged  Dr. Gittens-Williams to send the mother-to-be home to rest.

But the words “I just kept fainting,” echoed in Dr. Gittens-Williams ears. She ordered a second ultrasound, which revealed a life-threatening ectopic pregnancy that required immediate surgery. Shaken, Dr. Gittens-Williams vowed that she would always listen, really listen, to all her patients without bias.

At NJMS, we empower women to advocate for themselves and provide crucial education through the Post Birth Warning program, because 50% of maternal deaths nationwide occur after the baby’s birth.

New Jersey’s new maternal legislation, group pre-natal and innovative post-natal programs are a good start to leveling the fatality numbers. But we need more research where women are the focus and more women of color are participants. We may not be able to prevent every maternal death, but we should address the factors that can be changed to decrease preventable maternal deaths.

No African-American woman, indeed, no woman, should have to go through her pregnancy in fear that she may die during the process.