Going Back to the Future 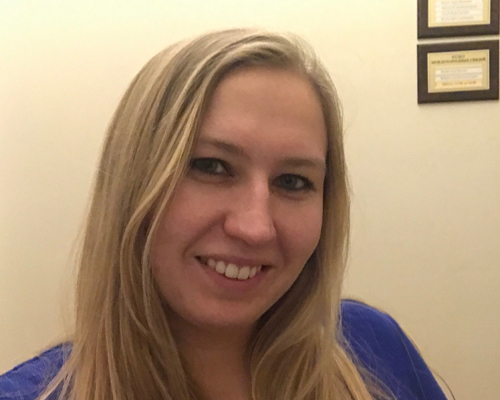 Victoria Kalawur, MD, knows first-hand that some dark clouds really do have a silver lining. The 2018 NJMS graduate planned to do a residency in internal medicine followed by a fellowship in hematology/oncology at Hahnemann University Hospital in Philadelphia. The city and the program offered everything she wanted. Until it didn’t. The hospital unexpectedly closed its doors in August 2019.

When her future derailed, Kalawur and her fellow students—570 in all—did the only thing they could, hunker down and contact residency programs that had previously interviewed them. Most of the hospitals and medical centers were willing to absorb the students, but finances were an issue. Medical residents are funded by the federal government, with the hospitals issuing the paychecks. The students were released with only 80 percent of their funding.

“My very first thought was to return to NJMS,” she says. “The internal medicine program there is very strong, and the patients are a little sicker, so there’s more to learn. But I wasn’t sure if the funding would be an issue.” She emailed the NJMS program director on a Friday afternoon, and on Monday at 7 a.m. she had an email welcoming her to “come on home.” She was thrilled. “I finally found relief in the midst of all that chaos.”

But there was so much more to do. She had to find a place to live back in New Jersey, move, change her mailing address, re-register her car, and on and on. And, there was what seemed like an endless stream of paperwork to fill out and get signed. She also lost money when she broke her lease but considers herself lucky; some of the residents had bought homes.

Now that she’s exhaled, Kalawur says she is extremely happy. “I feel like I’m back with my family,” she says.  “I go to work every day at 6 a.m. with a grin on my face, because I’m doing what I love in a place where I want to be.”
NJMS took a total of eight students into programs from Hahnemann Hospital.